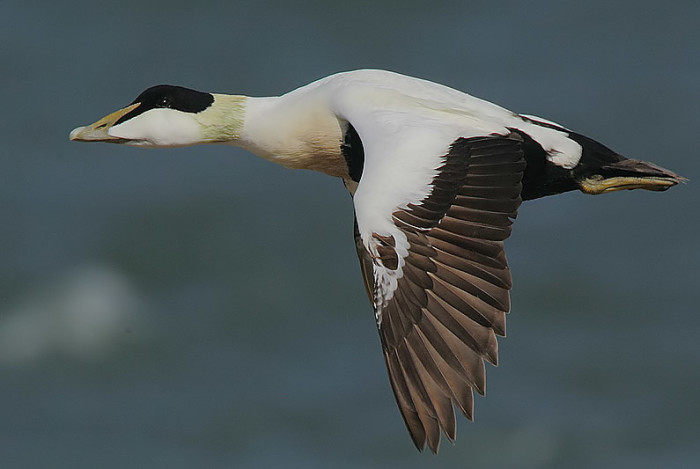 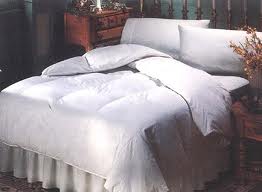 When I was a child way back in the dark ages, and  stayed over at my German-heritage friend’s place, we slept under big fluffy feather quilts.  No one else I knew had them and I thought they were really cool;  I couldn’t understand how something so light and fluffy could be so warm. I was used to sleeping under a lot of heavy blankets in the Alberta winters, but at Sieglinde’s house we just had these big fluffy things, and NO SHEETS.

Duvets broke through to mainstream North America in the mid-sixties, mostly as a result of interest in Scandinavian design. But the good ones were ridiculously expensive, a hand-picked eiderdown duvet can cost $12,000 to $25,000.00 still. So we invented synthetic duvets. Sometimes they look like the real thing, they can feel as light (almost) as the real thing, and they cost a lost less than the real thing.

Considering the weather outside, and the number of duvet displays I see at the stores, I thought a short discussion about the differences between down and synthetic duvets was in order.

The warmth of down is measured against a set of strict universally-accepted rules. It’s expressed as “fill power” and is a measure of how much down expands after being compressed.

It is a direct reflection on the warmth; a high fill power of 800 to 900, for example, results in a high loft, really warm duvet. A fill power this high indicates that one ounce of compressed down will expand to 800 or 900 cubic inches, a space of about 10 x 10 x 8 inches.

The warmth of synthetic duvets is measured any way the manufacturer wants, there are no standards.

Down is not hypoallergenic, but is a renewable resource.  Down farms produce the product for commercially available duvets; collecting wild down is exceptionally exclusive. You can wash a down duvet but it takes real care to avoid ruining the warmth with residual soap, or shrinking the natural-fiber cover.

Synthetic down duvets are typically hypoallergenic and resistant to mites and mildew. But washing inexpensive synthetics may cause the fill to clump and pack down, thereby reducing the warmth.

So, how do you decide?  Consider cleaning. Warmth is a big consideration, but do you really need a duvet that will keep you warm at -20? If you do, then down is probably it. Anyone have allergies?  And budget is a big one. Buy the best you can afford, you won’t be sorry.