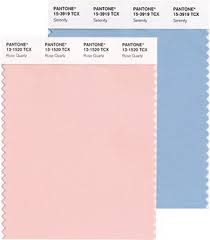 When I did the column on color forecasts a few weeks ago, most of the paint companies had announced that their color of the year would be an off-white. To which I said,

”Congratulations on actually listening to your customers.”

The poo-bah of color, Pantone, had not yet announced, but theirs is typically a pie-in-the-sky choice, so I didn’t really think much about leaving it till later. Well, they announced last week and, in my opinion, they have outdone themselves this year.

Lets recap the last five years: for 2015 they chose Marsala, that odd color between tomato soup pink-red and terra cotta. 2014 was Radiant Orchid, 2013 was Emerald, 2012 was Tangerine Tango and 2011 was Honeysuckle.  They have been choosing the color of the year since 2000 and are touted as the leaders in color direction for both fashion and home decor. 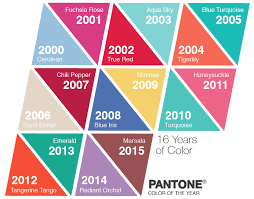 If you are a garment, fabric or product manufacturer and are on their “favorite” list, you get notified of the color far enough in advance that you can have products produced in time for the announcement. This is actually quite a big deal, as you can imagine. As some of you know, if you are trying to find drapery fabric in a color that isn’t popular right now, you are having a hard time. Tried to find anything in mid-toned blue lately? Whereas only a few years ago it was everywhere. A client and I have waited  eight months for navy twill.

This year, for the first time, they chose two colors. Serenity and Quartz. Also known as pale pink and pale blue. I read that the woman who owns Pantone, and who makes the final decision on the colors, said on NPR radio that she found inspiration in the dead flowers in her garden. I’m not making that up.

All I can say about this color choice is, “Sorry.  I, and most of my clients in this city, have been there and done that.”  But I bet there are some of you who still have the spare bedroom decorated in these colors — and if you do then you are on the cutting edge of decor fashion. Congratulations, bet you didn’t expect that, did you?

Everything comes around, and in color the cycle is 20-30 years. Pink and blue are right on schedule. Remember this look? 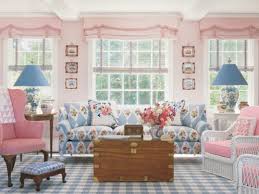 So, here is my personal color forecast for 2016: You will continue to put the colors in your homes that make you and your families happy. You will be smart enough to ignore the poo-bahs and do what is right for you. Yes, you will be swayed by the magazines and paint companies, but they seem to be listening to consumers more than ever before and I haven’t been able to find a decent pink and blue living room spread in any shelter magazine yet. Says something.

OK, maybe this room,  but the pink is way too bright and not many people have this type of furniture in their homes. At least not around here. 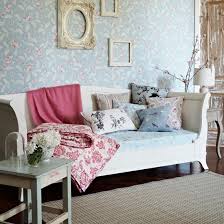 I will no longer refer to Pantone as the color Poo-bah.  Pink and Blue? Really?