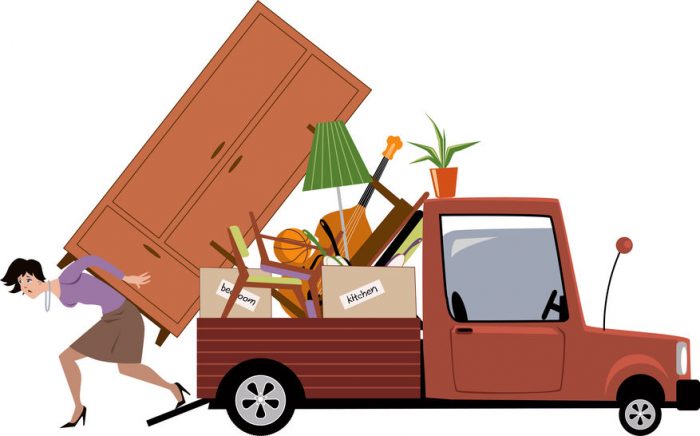 How many is too many old magazines?

I stopped buying shelter magazines a few years ago. They had gotten fairly expensive, and the information was available online, for free, anyway. I was moving and had to deal with about 20 years of these magazines I felt I HAD to keep. Not sure exactly why, now in hindsight, but I had a tough time getting rid of them. Once I lugged all 6 oversized totes full of magazines out of the storage unit, I felt a HUGE sense of relief. ( Yes, I paid storage for old magazines I wasn’t using at all.)

I felt an out of proportion sense of lightness. Why would I feel so light and free for just getting rid of old magazines?

A young family member split with her partner. He left a whole lot of his stuff behind, which he said he’d come and get ‘soon’. Six months later, she still had his junk ( and most of it WAS junk), but because she is a fixer, a helper, and very frugal, she couldn’t bear to chuck it.

She finally put her foot down, and he came and took most of the stuff. Not all, but a fair bit. I suggested he was leaving stuff so he’d still have some control over her life. Controlling her with his STUFF.

She’s got it, and when all of his junk was finally out, she said she felt so much lighter, so much free-er. Lighter. And free-er. Again.

A friend of mine downsized drastically. She can pack almost everything she needs to live her life as a traveling musician in her van. She said she felt so free and light after she got rid of many the things she had once believed she needed to make her life work and feel complete.

I wondered how this exact reaction came from three different people. I started reading about clutter and ‘stuff’ and found this quote which, I think, really bears thought:

“It starts with working to earn the money to buy the stuff. Then goes on to the energy it takes to manage all the stuff you own. From shopping for it, picking it up, organizing it, looking for it, reorganizing it, keeping track of it, etc. it all adds up.” (1)

BIG RIGHT TURN…. George Carlin did a precious bit on ‘Stuff’. It’s on Youtube. (2)Look it up.

“Separating from the past can heal us. We hang onto so many things because of the memories tied to them. When we de-clutter, we have the opportunity to interact not only with our physical possessions, but with the memories and feelings they trigger. This can be negative but cathartic, as when we let go of things we’ve held onto out of fear of letting go or of not being in control. The act of getting rid of these things can be painful but is nevertheless triumphant, inspiring a feeling of this has no hold on me!! as things are discarded” (3)

We all feel this. It’s healthy to feel this way.