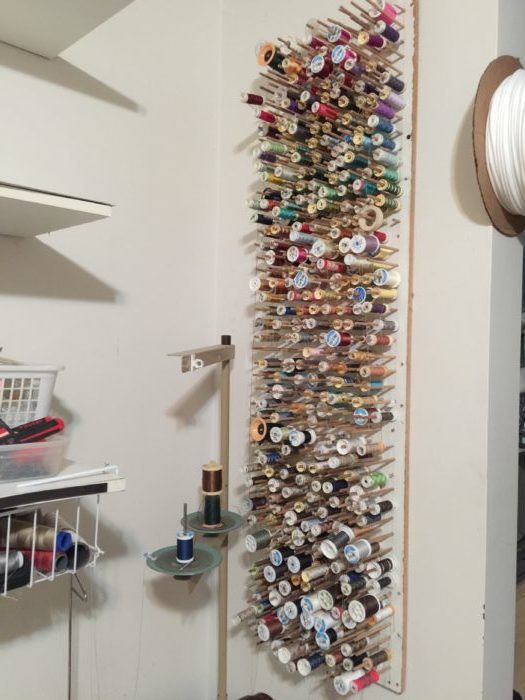 I don’t need as much as I thought I did.

All the pictures are off my walls. All the stuff I thought I liked to have around me is out of sight.  A lot of it has been trashed or given away. Too much is in storage. I’m selling my condo and I had to ‘depersonalize’. It’s a tough thing to do, but holy moly is it a great exercise.

My ole Aunt M was a military wife, and after they got notice that they were being stationed to Norman Wells for a year — in the early 1950’s I believe, —  they were told to plan to take in the food staples they would need for a year. She got a big crayon and marked the date on all her staples and weighed them.  A month later she weighed them again and did the math. She told me that this exercise was one of the best lessons she ever learned about what we think we need, and what we truly need.

And as I sort through 25 years of ‘precious’ sewing notions, one-meter cuts of ‘Well, I might need to put a patch on a peacock blue sofa some day,’  and the 400, yes four hundred, spools of thread, I’m remembering  the self-righteous frugality of my hippy dippy younger self, and hearing Aunt M’s words in my head.

Marie Kondo aside, I really don’t look at my possessions in terms of now much joy they bring. Maybe I should,  but I tend to look at things in terms of how often do I really use this. Or when was the last time I looked at this and remembered the day it came into my life. Or even, I’m sad to say, who brought it into my life.

I’ve given away all the treasures I thought I couldn’t live without. The amazing photograph of my father and his battalion the night before they shipped out in September of 1939 now has a place of honour in my niece’s.  She was tiny when he passed, but his memory is alive in her home.

The water-color paintings my grandmother did — some as early as 1904 — are reunited with the other pieces in the collection, which was split apart when Grandma died, but are mostly now regathered on a wall in my sister’s home.

I feel lighter with every box of ‘important stuff’ which leaves. I hope some of it brings help to someone else. I have far too much.

And now, when we see women and men walking thousands of miles carrying their children, in the faint hope that a life without hunger, or war, or fear is ahead of them, I am very humbled that I am lucky enough to be able to make these choices