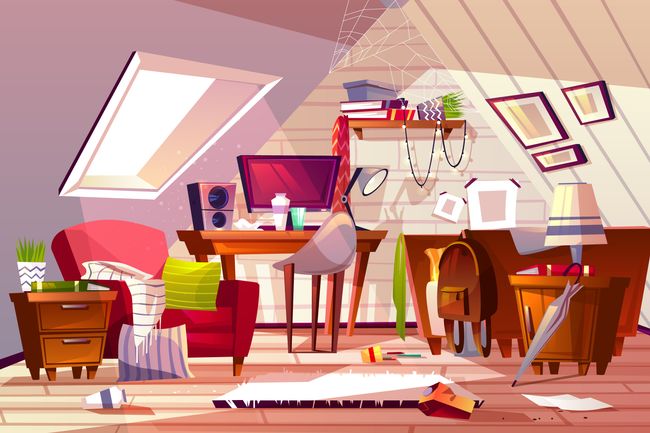 First of all, I believe that a home should support the people who live there. It should nurture a sense of calm, a sense of belonging. It should be easy to clean, easy to maintain and be a place where the inhabitants want to spend time.

I wrote a little book a few weeks ago, which is now published on Amazon, if you don’t mind, about ‘Clutter’, and how to get to the end of the job. ( Search for my name on Amazon and you’ll find it).

While researching, I joined a Facebook group of Clutter-suffering people, just to see what they say. This group has over 478 THOUSAND members. That’s almost a half million people. I listened and read and absorbed, and came away with what I think is a fairly accurate description of clutter and a firm belief that there are two types of clutter. Small c and large C.

Small ‘c’ clutter means you have stuff that is not in its place. The stuff has a home, it is just not in it. This is the messy house syndrome and is a matter of housekeeping and personal lifestyle.

If you put everything away where it belongs, the house would be functional, supportive, and feel light and clean. BUT no cupboards would be overflowing, there wouldn’t be drawers you can’t shut because they are too full. The storage room would have room in it.

The issue becomes full-blown ‘Clutter’ with a capital C when there is stuff that could have a home if there was room in the designated space. Too many shoes for the shoe rack. Too many pairs of pants for the pant hangers. Too many books for the bookcase. Too many papers for the file cabinet.

Too much is the key here. This excess has to live somewhere, and it tends to live in piles near the designated home, or in bins in the storeroom. ( And contrary to popular belief, clutter in bins is not organization, it’s just clutter in bins.)

Clutter with a capital C is the excess over and above what we can keep and still have a supportive home.

Four identical potato mashers. Or the unfinished craft projects you just can’t get rid of because you want to finish them. One day. Or the kid’s kindergarten report cards, especially since they told you THEY don’t want them. Or the 200 Stuffies your child has, who you think can’t part with even one of them. Or the old clothes you won’t ever wear again because you’ve grown out of them. Even if you COULD get into them, they are old and you won’t want to wear them again, anyway.

When it takes over it’s CLUTTER.

When the possessions take over the space, and those possessions are duplications or additions to what we already have, it’s Clutter with a capital C. I’ll continue with this on the website when I publish this in about a week. And next column I’ll talk about Hoarding.

‘But, But, But… these things cost money, I can’t just get rid of them.’

You can understand that the money you spend on something will probably never be recouped, and keeping the item longer just increases how much it costs you. You had great intentions of doing step aerobics every day so you bought the Susan Powter top-of-the-line step. And you’ve been lugging it around for 25 years. You will never get your money back, and in your heart of hearts, you know that.

When the big declutter happens, you will be reluctant, but willing, to let these things go.

When the freedom from the burdens of clutter is more appealing than the continued accumulation of possessions and all the problems that come with that, you will be ready to declutter.