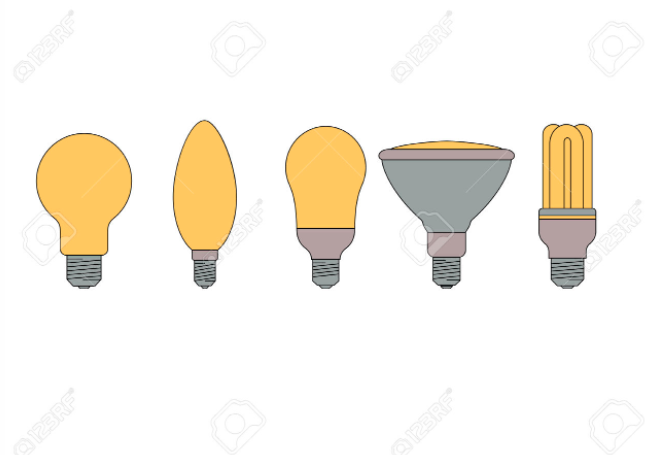 I see so many people standing in the light bulb isle with a glazed look on their face. How do you choose? It’s not as confusing as you may think, read on.

Start with the amount of light you need in your room. For years, we used a formula of room length multiplied by room width, times 1.5 for the total wattage required. But that doesn’t work anymore without a conversion chart at hand. So, let’s move past the old way and forget about watts in choosing light bulbs. Here’s how to do it now; if you need to refer to watts just for comparison, Google it. There are TONS of conversion charts out there.

The way to calculate is based on Lumens (Lm), not watts. Watts refer to the amount of energy a bulb uses, Lumens refers to the amount of light it produces. Watts are what cost you the money. For example, a 60-watt incandescent bulb can produce about 800 lumens, but a LED bulb which produces 800 Lumens may require only 13-15 watts.

To calculate the basic Lumens you need, multiply the room’s square footage by 20. For example, in a 250-square-foot room you need about 5000 lumens.  (Lumens are listed on most light bulb packages.)

To the basic Lumens needed, add:

30 Lumens per square foot of tables

50 Lumens per square foot for desks and task lighting. (Use four square feet as a benchmark for a reading lamp at the end of the sofa).

We will add light fixtures to the floor plan in the next column; that will tell you exactly what you need for lighting.

At this point a word about the Kelvin listing you may see on a bulb. This refers to the light’s color warmth or coolness. A lower number ( 2600-2700K) will give a warm light; the natural colors in your room will appear more accurate. A higher Kelvin rating ( 4100-5500K) gives a cooler, bluer light. Blue and blue-red will look great in this room, green and yellow may be way off.

Ok, so now, which is better: CFLs or LEDs?

CFLs-(Compact Fluorescent Lights) – less expensive than LEDs, can’t be used on dimmers, take a while to warm up, don’t last as long as LEDs.

LEDs (Light Emitting Diodes), cost more, can be used on dimmers, last about five times longer than CFL’s.  LEDs last so long they are the most cost effective in the long run. Watch for the sales.

Here’s a chart from Light Bulb Showdown with cost to operate over the life of the bulbs.