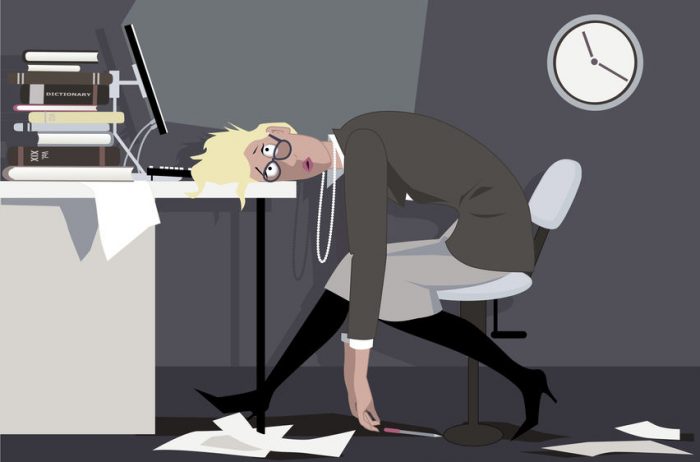 I hear this a lot, “I really need to get rid of stuff”.

“If I could just get organized, I’d be able to get my little business off the ground.”
“I really need some extra space in the spare room, but I just don’t have time to get all that stuff packed and moved downstairs.”
“If I just buy that one thing ( book, course, tool, piece of furniture…) it will be the answer to my problem.”

We don’t buy the mixer, we buy the aspiration that we will be a better baker. We buy the best sewing machine because we believe that owning it alone will make us a better sewer. We buy the book on how to declutter because it will mean we have started the process. When we buy the second book three months down the line, it will be because the first book ‘didn’t work’.

I’ve done it myself. Probably more that I care to admit. I love taking courses, I love learning, and I have often used the fact that ‘I’m in a course. When it’s done, I’ll be ready to start.’ far too often.

I had this manifest itself this last while, and I am now — more than ever — aware of just how insidious this ‘getting ready to start’ syndrome is everywhere.

I started writing a course two years ago. Between last March and December I wrote 1 lesson.
Which meant that I had to admit that I was making quite a botch of the whole thing, and I had to either write or stop.

I came up with a lot of reasons why I wasn’t ready to start finishing but the ‘best’ one was I decide to sell my house and move and that became the reason for not doing anything for 6 months!

One day I had a good talk with myself and realized that if I didn’t stop getting ready to start, the course would never be written.  I had to make finishing a priority, not an afterthought.


I had realized that it was important enough in my life, that I wanted to finish it badly enough, that I was willing to stop getting ready to start, and just do it.


And the course will be done by the end of next week.  HA!!!