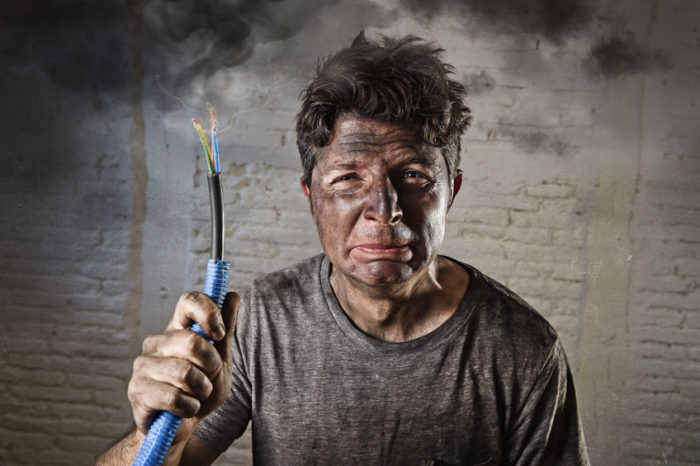 Several years ago a national magazine for sewing enthusiasts published an article about a man who learned to sew so he could make his own shirts. Which lead to his learning to tailor so he could make his own suits. And of course he needed good hats, so he learned to to that. He couldn’t find cuff links he liked, so he learned silversmithing. And what’s a snappy outfit without snappy shoes? So he learned to be a cobbler.  True story, guy was a surgeon —  lived in Arizona, I think.

There is nothing wrong with DIY, and many people excel at DIY-ing, like the surgeon. But I see a huge number of DIY projects which are obviously DIY.  And if someone can see that it’s DIY, you might want to go back to the drawing board. And therein lies the problem and the black hole of DIY-ing:  if you don’t take the time to learn and do it properly, the result will be worth what you put into it.

I encourage my clients to do for themselves if they are on a budget, too. One of the tenets of design is to put your budget into places where it can be seen. Put good, well-chosen custom drapery in the living room and afford that by putting big-box store blinds in the downstairs never-used bedrooms.

Heart set on that magnificent kitchen counter, but you also need to paint the kitchen cupboards? Don’t scoff — yes you CAN paint your kitchen cupboards. Even five years ago, I would have run screaming from the room if someone told me they were going to do that, but there have been significant advances in paint and paint techniques recently which makes this a DIY possible project.  I recently had some clients do exactly this, and they saved $4000.00 — which put a nice dent in the price of the new range they were coveting.

Read this article.  How to Paint Your Kitchen Cupboards. Yes, you CAN do this.
Here’s the  before and after from her kitchen painting:

Put the best furniture you can afford into the rooms where it will be used the most. I know a young mom who goes through a sofa set every two years. Granted this is also due, in part, to how her family uses the furniture, but it is also indicative of the quality of furniture she buys.  She is on a tight budget. If she went to the thrift store and found an older, really solid sofa and had it re-upholstered in a durable fabric, she’d end up saving money. And time.

But you really need to pick your battles, too. If you can save a lot of money by painting yourself, and you can use that money against the kitchen reno, then do that. But learn the skill you need to do the job at a respectable level.

Learn to paint the walls properly. Learn to tile properly (most of the big box stores offer afternoon courses).  Choose some small tasks and start there. Re-finish the coffee table. Learn to sew simple cushions, learn why ‘3’ is the magic number in interior decorating. There is a course online or at the local college.

What brought this on was the image a young mom posted recently of her just-‘decorated’ fireplace mantle. I won’t say anything more about it than this: she didn’t want to take down the picture over the mantle, so she just hung the wreath on the picture. With a good part of the picture showing around the wreath. No. Just NO.

3 thoughts on “The Black Hole of DIY”