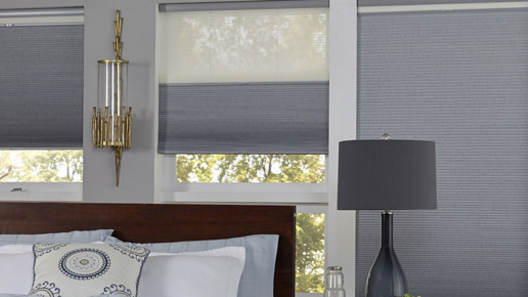 There are a few new things around I thought might interest you.

First up, a new-to-me solar screen idea. The same fabric that is used in roller solar shades is applied flat to the outside of the window, attached to the frame. They don’t go up and down; they just stay there. In the fall they are taken down and stored for the winter.

The biggest advantage to these is the cost. They are a LOT less expensive than rollers because there are no rollers. They lay flat against the window, so no banging around and they are easy to put up and take down.

I had never seen these before a client asked me to replicate her neighbour’s shades. I went looking online and found one ready-made product but the fasteners are a domed plastic snap,  not the high-quality turn stud I wanted to use, and the edge of the fabric was cut and left raw.  They are also available in one openness only (10%), and three colours, black, white and beige, with an upcharge for white and beige. 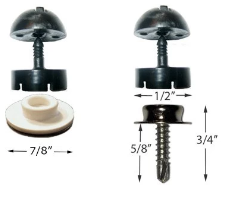 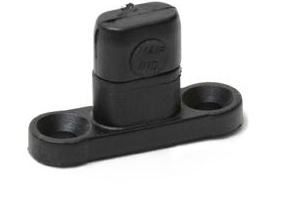 On the left, the domed snap. On the right the turn stud ( a grommet fits over the stud, the top of the stud  turns and locks the shade in place.)

So, I kept looking and found a source for the fabric; it’s available in tons of colours, (all at the same price) and several openness factors.  I found the Canadian-made turn studs at another distributor and away we went.

In the long run, the custom-made ones were a bit more expensive than the online ones, but we used a much better quality screen in a lower openness factor because of the brutal sun here,  and turn studs rather than dome snaps. I like the turn studs rather than snaps for ease of application and removal in the fall.  I’ll post a picture of all of this when I get time to make the sample. I’m almost done…

The second find of the summer is the day-night shades from the big box store.  Every blind manufacturer has these, but they typically charge for two blinds and are always custom-made. These are the house brand which they will custom-cut width for you, and are quite inexpensive in comparison to custom. They are a dual function honeycomb shade which incorporates a blackout shade for night use and a semi-sheer shade for day use, all on one headrail and in one shade. The bottom section of the shade is blackout, the top section is semi-sheer,  and they are cordless! You can also use them as a faux top down bottom up by covering the bottom section of the window with the black-out and having the semi-sheer cover the remaining window.  These are real winners. 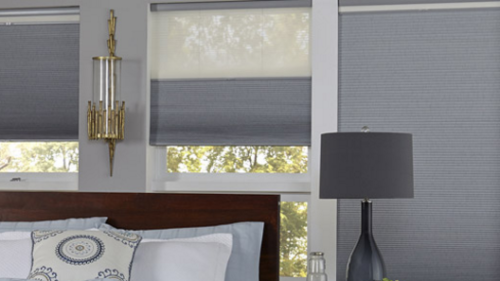 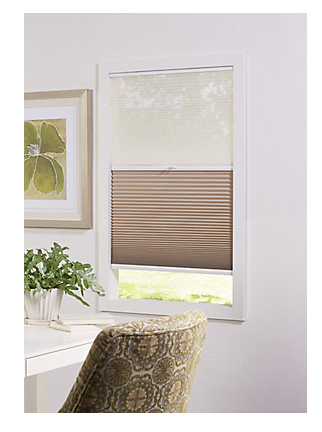 On the left is the house brand from Home Depot. On the right is a better picture of what a dual shade looks like, this picture is from blinds.com