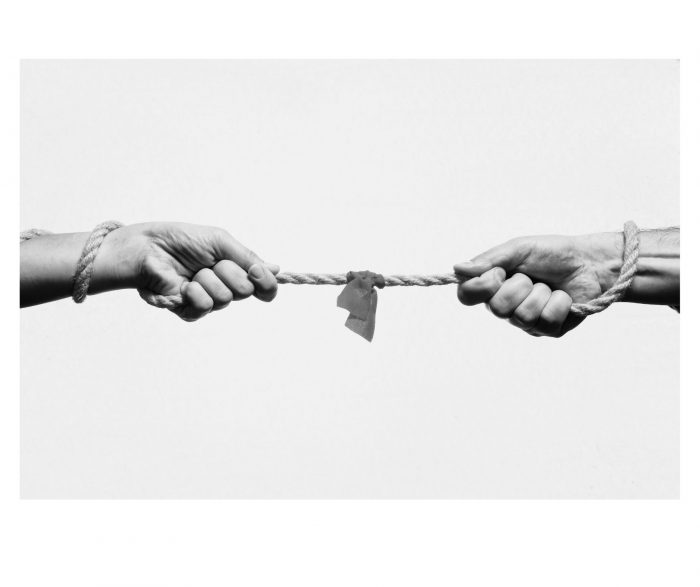 I did not know until very recently that every major religion in the world identifies a negative force within every one of us. This force has one main job. It’s to protect us from change. It controls the ‘flight’ response we have in times of danger —  it tries to keep us stable, and on a known, predictable path.

I’m convinced it’s also rather stupid. It tries to stop us from doing ANYTHING new. Again, its job is to keep us safe, and that means nothing new.

Learning a new skill? Nope, not going there, that’s unknown territory, you might fail. Or you might succeed. Either option changes the status quo, can’t be doing that.

Try out for the play at the local theatre? Who the heck do you think YOU are?

Get the clutter in your life under control? You won’t be able to keep it tidy, you know that, who are you kidding? Just learn to live with it.

Apply for that great new job? Come off it, yes, it’s your passion, you are exceptional at it, and you know you’d be good in the position, but  it says 6 years experience and you only have 4. You obviously aren’t qualified. Don’t even bother.

There are many techniques to help you get past this, from the butterfly tapping technique to the Five Second Rule from Mel Robbins, to understanding Resistance from Steven Pressfield.

I’ve been hounded by this for most of my life, I didn’t even know it was a ‘thing’, but a few years ago I found one way to get past it. It’s just now that I’m beginning to realize the importance of accepting it, and finding a way to combat it.

Here’s my technique, I learned this when I was getting rid of two storage units full of stuff, and was plagued with my brain finding every excuse imaginable for me not to go work on it.

I recognized the feelings that seemed overwhelming. I spoke to them OUT LOUD.

I said this ‘ I recognize that you want me to devote my time and energy to Anything Other Than This Task. But I have things to do.

I’d set the timer on phone for an alarm 5 minutes before noon.

When the timer went off, I’d sit down and see if the flight response was still there.  If it was, I’d repeat my little talk, moving the time. Set the alarm. Get up and physically move. Repeat as necessary.

It’s important to speak OUT LOUD  and then physically move your body.

The physical act of moving somehow tricked the feelings into thinking I was fleeing.

The speaking out loud announced that it was me in control. Not my feelings or flight response.

My flight response does not have a watch, so very often I would not have to repeat my admonition for awhile. But I’d take command any way, and reset my timer.

It sounds silly. I know it does. But, for me, it works.

I had to accept the fact that ‘ Black Bob’ would appear every time I tried to do something to help me move forward. And I learned, and continue to learn, that it IS possible to derail him.

Give it a try. Bet you are amazed.